Fighting Theft Charges in Round Rock

A theft charge is one of worst charges you can have on your record. It brands you as untrustworthy and makes finding employment extremely difficult.

Theft crimes involve many different offenses such as shoplifting, burglary, and robbery, as well as:

Charges in a theft case are based on the type, amount, and value of the property allegedly stolen.

Penalties will be increased if you are convicted of a theft crime involving certain types of property, such as:

Whether you have been charged with misdemeanor or felony theft, hiring a skilled Round Rock criminal defense lawyer should be one of the first actions you take regarding your case. Because of the harsh social and legal consequences of a theft conviction, you will need an experienced litigator to protect your rights and challenge the prosecution's evidence. 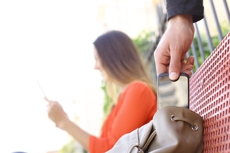 It is not uncommon for a State investigator to call you if you are the suspect in a theft case. If you have been contacted by an investigator, consult a theft crime attorney from The Law Office of Ryan H. Deck immediately. Do not speak to anyone without legal advice and representation. Even though you are not under arrest, what you say to the investigator can be used against you at a later point in time. The State's best evidence in a theft case is often the defendant's own words.

One defense strategy that can be used in plea bargaining is to offer to pay for the goods that were taken. There will likely be other options that we can discuss so you can make an informed decision regarding your defense. Ryan is a former Montgomery County Assistant District Attorney with extensive trial experience. He knows the consequences of a guilty verdict in a theft case and will stand up to the prosecution. Our law office is a proven criminal defense firm that will vigorously fight for a reduction in charges, deferred adjudication or acquittal.

Contact a Round Rock theft crime lawyer for dedicated representation if you have been charged with a theft crime.

Ryan Deck grew up in Williamson County where he attended Round Rock High School. After graduation, he attended Trinity University in San Antonio, Texas. After receiving his undergraduate degree in Finance, he attended The University of Houston Law Center, graduating in 2003.